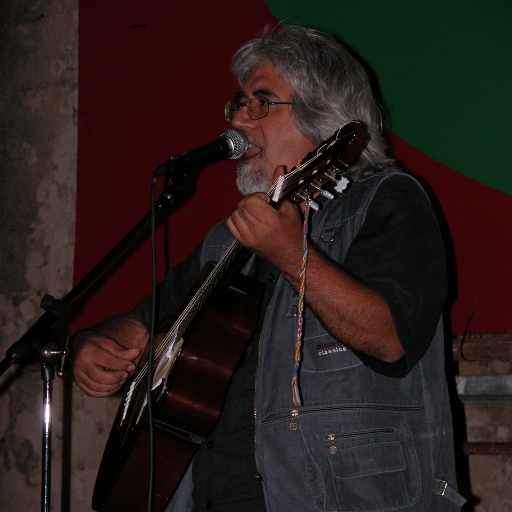 Rocco Giangreco. Popular singer-songwriter and musician from Salento.
He began his musical experience at a very young age, during the hot period of the university protest, singing Guccini, Marini, but also songs of the Salento folk tradition, in support of disadvantaged social classes.
In 1990 he founded the ethnomusical group ArsurA, of which he is the proactive spirit.
With ArsurA, he began a musical experience with Eugenio Bennato, playing in the "Taranta Power" project in 2000, traveling around Italy.
In 2001 he published the first homonymous album with Arsura.
Active politically and culturally in the Salento area, he works on the publication of his first solo record, together with his friend Luigi Panico, of which he is producer and advisor, and Pietro Di Francesco, his collaborator, of whom he is audio technician.