Tiè Sangue project is an artistic-cultural encounter of the Brazilian samba with the ethnic music of the Mediterranean, imbued with strong electronic influences of a world-wide and psychedelic kind.
The combination that is created between the two musical expressions is a captivating and engaging mix capable of catapulting the listener into a unique and easily appreciable sound dimension from both the Brazilian and the Western and European audiences.
The show of Tiè Sangue winds along a linear path, which starts from the Brazilian musical tradition, with a re-proposal in a world music key of some “typical” songs of samba brasileira, passing through the compositions of the great Brazilian artist Zè Mauricio De Paula, for arrive at unpublished pieces and a new composition by the daughter of art Maria Thalita De Paula.
The whole soundtrack of Tiè Sangue is strongly influenced by the ethnic and Mediterranean sound of the music producer Luigi Panico (www.figliodipan.altervista.org), multi-instrumentalist, sound designer and musician of Officina Zoè (www.officinazoe.com), historical group of musical tradition of Salento and ambassador of pizzica in the world.
The show of Tiè Sangue is very much affected by this original and authentic union between the ethnic music of Salento and the Mediterranean in general and the Brazilian ethnic music, which is expressed in the sound of Brazilian musicians and the sensitivity in the sweet voice and at the same time energy of Maria Thalita De Paula.
The most evocative and characterizing aspect of Tiè Sangue's show is inherent in the use of samplers and synthesizers, as it creates an enveloping and contemporary sound but never invasive, which dialogues with instruments of the Brazilian tradition. 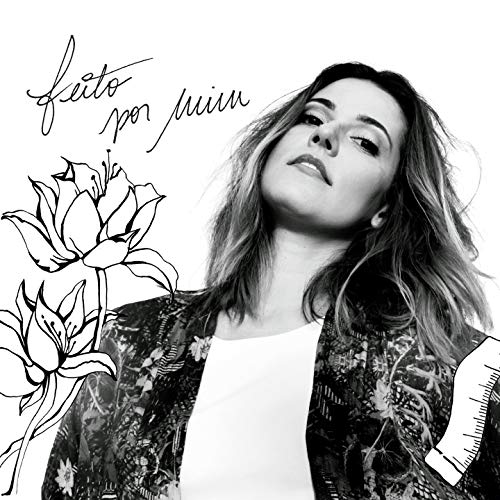 Daughter of samba composer and artist Zé Maurício, one of Leci Brandão's most enduring partners, Maria Thalita De Paula has her bases in the most traditional style: samba. In addition to being a singer, Maria is an actress and founder / creator of "Bloco das Trepadeiras", a group known for over a decade in the Rio carnival.
Last year Maria Thalita performed her first European tour, singing the hits of her two albums: "Por enquanto" (2011 - Warner Music) and "Feito por mim" (2018 - Embolacha), produced by the singer, songwriter and musical producer. Celso Fonseca, with the support of Chico Buarque.
Maria Thalita is one of the stars who appeared last month at the Ceglie Jazz Open Festival in Ceglie Messapica, forming part, until 2017, of the band "Conexão Rio", specialized in bossa nova.
During her 25 performances the singer fascinated the audience of Barcelona, ​​n Spain, and the audience that met in the castle of Charles V, in Monopoli, in the Puglia region, in Italy. After the European summer, when she performed with her band Tiê Sangue, singer-songwriter Maria Thalita de Paula returned to the carioca music scene and is ready to enter the studio for another author's work. 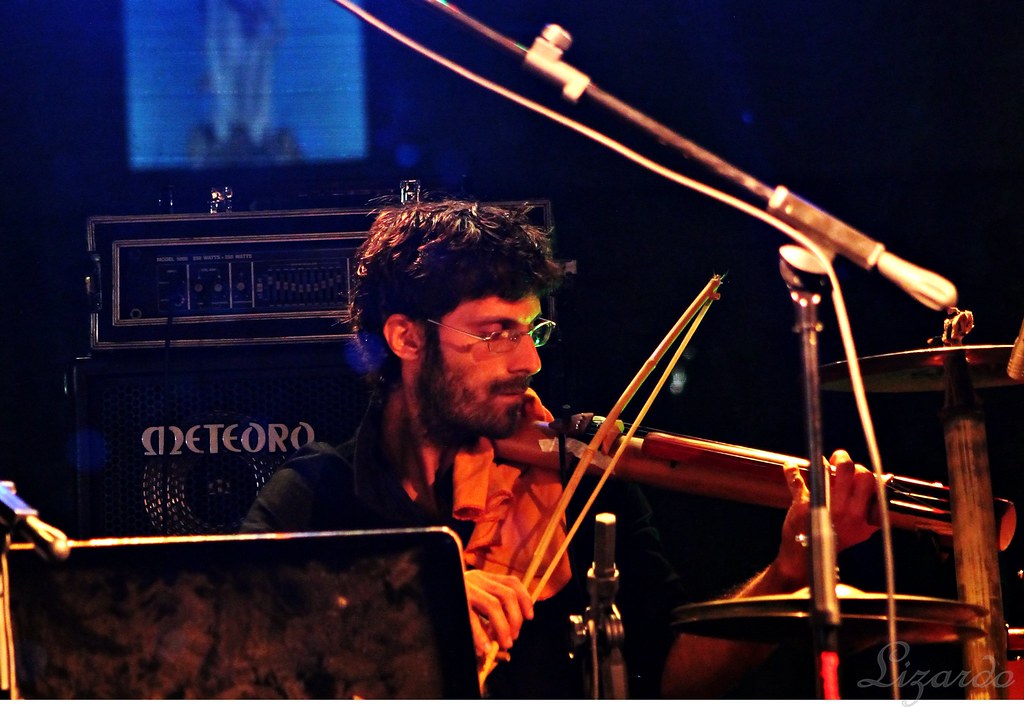 studied music and violin at the Manuel de Falla National Conservatory in Argentina, and violin with teachers Cristina Monasterolo, Janos Morel and Oswaldo da Costa Velasco.
He studied music recording and production at TMA, La Escuelita.
He has been studying Luthieria with Newton Rolla since 2015.
He has worked as a composer, music teacher, multi-instrumentalist, violin maker and cultural producer in Argentina, Bolivia, Brazil, Colombia, Venezuela and Cachoeiras de Macacu, Brazil, since 2010 with various artistic collectives and musical groups, in the state of Rio de Janeiro, he is a member of Cirandaria, Macacubistas, Companion Matagal (music, violin making and seminars) and Tiê Sangue. 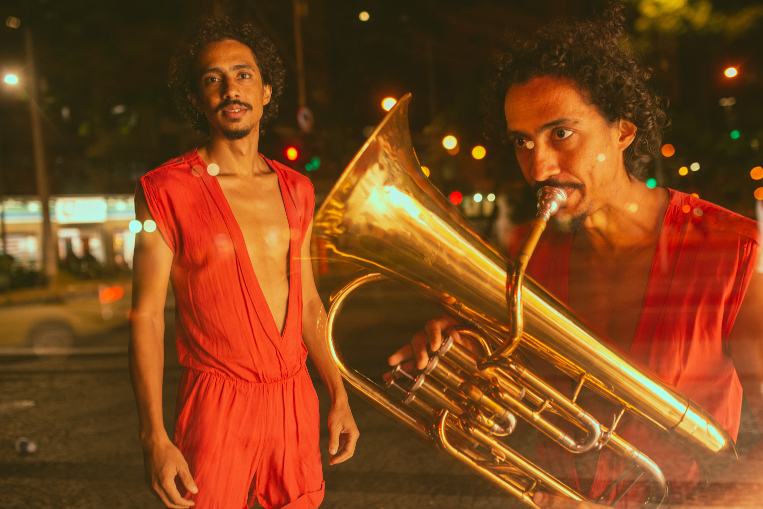 Lula Mattos starts playing the recorder as a child in shows at Bennett College.
At the age of 13 he began his studies in guitar and perception at the School of Scenic Music of Botafogo and later guitar with Sérgio Velasco.
At the age of 21, he devoted himself to electric double bass and studied acoustic double bass at the Villa-Lobos School of Music.
He recently participated in Harmony and Perception at the Musical Center - CIGAM, a school founded in Rio de Janeiro by Ian Guest.
Graduated in 2015 at the anthropomusic course (anthroposophical education "Waldorf") of Itatiba, São Paulo and is currently a music teacher in the second year of the Jardim-Escola São João, city of Niterói, Rio de Janeiro.
Professor at the GatoPan Studio-School of Copacabana - RJ and attends the second Degree in Music at UNIMES - Santos - SP.
Lula is bassist of the band Camarada Matagal (instruments made of bamboo and recycled wood). Euphonist, percussionist and founder of the Flying Orchestra, a pioneer of brass band in the neo-buck movement in Brazil.
He also plays Euphonium at Studio69, Dali Left Earlier and Percussion at Tupife (fife block). Guitarist, double bass player and euphonist of the Tiê Sangue band who performed 11 shows last summer in the city of Puglia, in southern Italy. 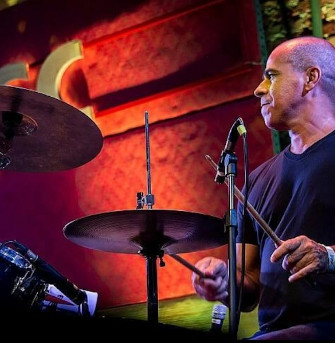 Altamir de Souza Ramos (CASE TAMIR), percussionist and drummer. He has worked with names like: Benito de Paula, Tiberius Gaspar, Renato Rocketh, Jackson Antunes, Marcos Sabino, Claudio Infante, João Mamulengo, Rita the musical, among others. Abroad, he participated in tours in Switzerland and Germany, accompanying the Brazilian musician Julinho Martins, with whom he participated in the Montreux Jazz Festival.
Member of the Tiê Sangue Band, and also of the project "The songs of the poet Vinicius de Moraes" which accompanies the singers Nando Uchoa and Georgiana de Moraes (stepson and daughter of Vinicius de Moraes).
He currently accompanies the singer and songwriter Nico Resende with shows in Brazil and the United States, and is a member of the band of the singer Amelinha, with whom he has been performing throughout Brazil for 19 years.