My alias is figliodipan (Son_of_Pan), from the Greek "icos = son of ...(figlio di...)".
I am a musician and producer from Salento, with a great passion for world music, but also for writing, literature and musical informatic.
Many interests that leave little time for social life, but which increasingly enrich personal and experiential baggage.
On an artistic and creative level I follow many small projects.
I deal with soundtracks and soundscapes, publishing for Musicmedia (www.musicmedia.com).
I have been working on the creation of VSTi and sound libraries by NI Kontakt for a long time. The ambitious goal that I have set myself is to map as much as possible the traditional music of Salento, through the realization of a conspicuous sound library in the sector, to be made available to the sector's Music Production System. 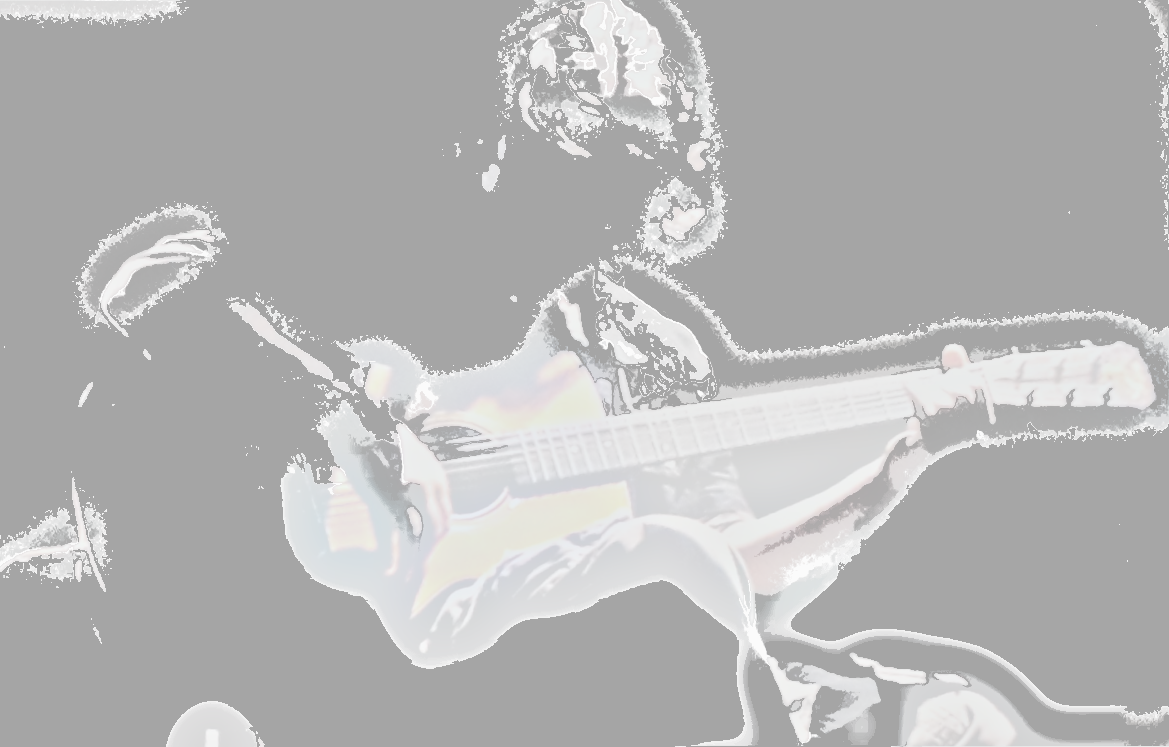 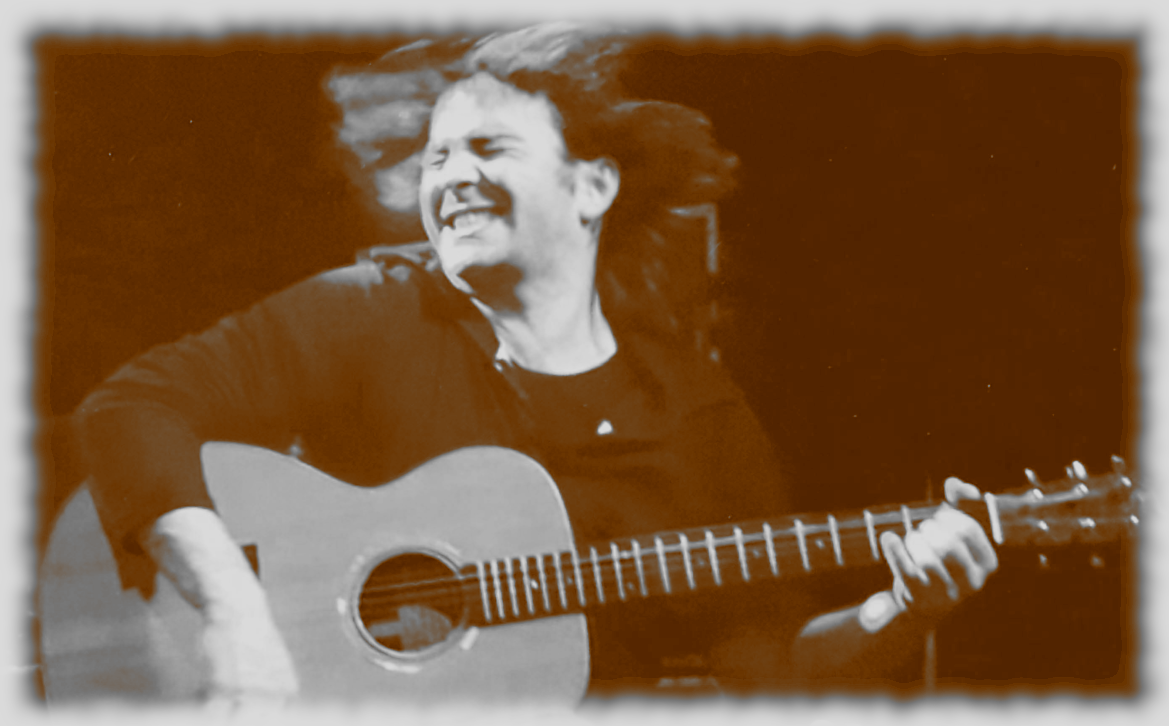 From a revealing dream, at 15th age, I formed my first musical band, "TNT - confuse"; but the experience is not destined to last long.
I undertake the study of classical guitar with Maestro Luca Accogli and then I specialize in the finger style technique for modern acoustic guitar, through the studies of Franco Morone.
In 1998, I joined with Arsura ethno-musical group and I released the homonimous  CD in 2007. With it, however, I delight in playing diatonic accordion, harmonica, zampogna,  flutes,  mandola and bouzouki. Everything, except the guitar.
In 2000, I started collaborating with traditional music group Dakkamè and I produced, in the same year, the CD "Nauna".
In January 2007 I was called by Lamberto Probo to alternate the guitarist Antonio Palma in the Officina ZOE 'group.
With Officina ZOE' I contributed to the creation of beautiful record works in the world music field, including "Live in Japan", "Maledetti Guai", "Taranta Nera", with Baba Sissoko, Mamani Keita and Sourakhata Dioubate. And then "Mamma sirena", "Live in India", "Incontri live".In 2010 I perform the music of Gianluigi Lazzari's  audio-interview with Vittorio Rizzo, entitled "Il poeta Vittorio".
In 2011 I collaborate with the Officina ZOE 'to make the video documentary "musikì – suoni e visioni del territorio salentino" edited and directed by Paolo Pisanelli.
Also in 2011 I have realized a soundtrack of the video documentary "In nome del padre – l'emigrazione italiana in Svizzera nel Novecento" by Donato Nuzzo and Fulvio Rifuggio.
the collaboration with them is consolidated even more two years later, when I've produced the soundtracks for the video-documentary "Lo spirito del grano".
In 2012 I made the firt album "Mediterraneo", available for free on Soundcloud.
Thanks to Officina ZOE ', I played with the likes of Mercan Dede, a Turkish sound manipulator, with the Egyptian group Mazaher, with Hosoo and Transmongolia, as well as with Baba Sissoko, Mamani Keita and Sourakhata Dioubate. 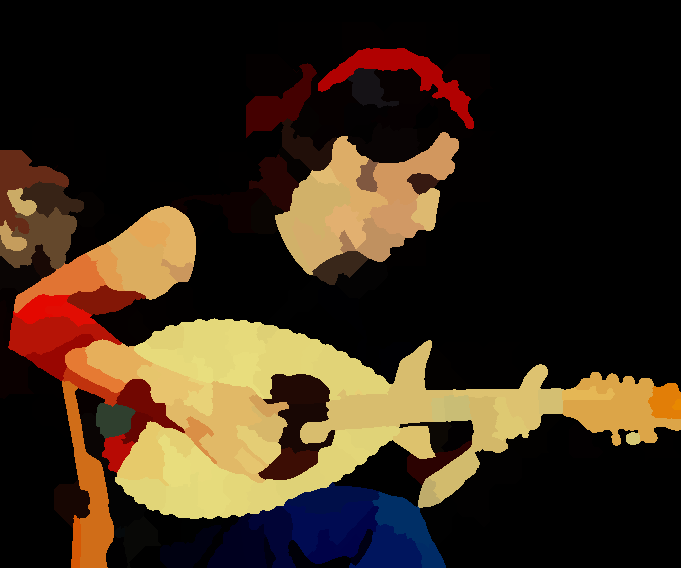 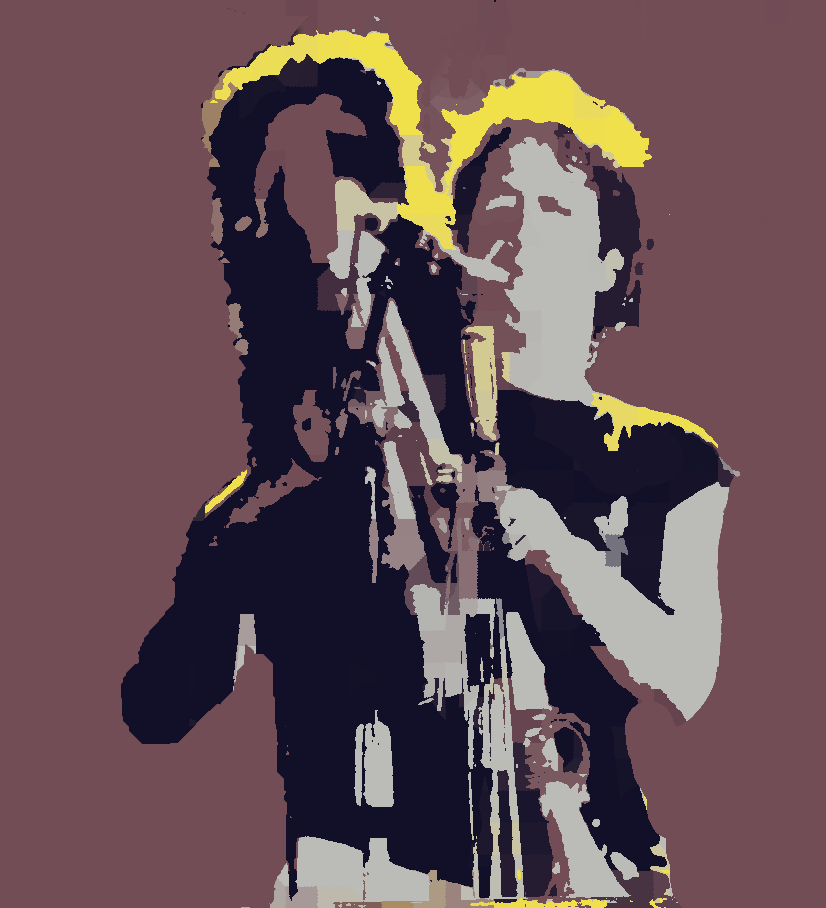 In 2015 I produced and completed the musical project Virtual World Music Project (VWMP, or "Vudabliu Empi"), the first official solo work with the collaboration of nationally and internationally renowned artists (Giovanni Amighetti, Tate B. Nsongan, Paola Cassiano, Nana Cissokho).
The project, entitled "A secret world" is the result of a simple idea but full of symbolic meanings: to let international artists known on the Internet collaborate in the creation of a unique and mestizo sound in the which bring together personal experiences and otherwise seemingly irreconcilable local cultures.
The result is a unique album of its kind, which wants to be a message of peace and brotherhood and self-determination of peoples, a concrete hope of a better and more inclusive world towards the Other, emptied of religious hatred and cultural and ethnic differences.
Also in the same year, he released the fingerstyle album in open tuning for acoustic guitar, which reproposes some of the most famous songs of the tradizional music of Salento.
the guitar, always considered as a pure instrument to accompany the song and for this reason often also snubbed and mistreated for the benefit of other melodic and solo instruments, can have a central role in the traditional music of reviving and regain that dignity that mistakenly or for negligence has been lost over time.
For a long time now, I work in two recording productions msuic: the first is a discographic work by and with the close friend Rocco Giangreco, on the interpretation of some popular songs taken from poems by friend Gianluigi Lazzari and Agostino Casciaro, and new composition songs and music. The second is the next ArsurA album, totally new and rich in the typical Mediterranean sound of the group.
In 2018 I started the programming of Sample Library, VSTi and software dedicated of the music production. The first sample library for N.I. Kontakt is "Carlo Canaglia. Traditional Rythm of Salento ”, still in the completion stage.
I'm about to start programming an important sample library, whose contents are still secret.
In the meantime, I started working with important directors for short films and will soon be giving more details.
In conclusion. Work in progress.

From October 2005 to February 2006 I deal with the conception of the cultural project "Passione d'Arte", on behalf of the "Bottega del Teatro" of Zollino, under the direction of the friend and cultural operator of Salento Giovanni Pellegrino.
From May to August 2006 I work at the Ministry of Justice Department of Bologna, as a socio-cultural operator.
From October 2006 to January 2007 I work as a lecturer in "Environment and Sustainable Development", in the Professional Training Course in "Technician for Renewable and Sustainable Energy" - FSE - POR Puglia 2000-2006 - for AIQF and DEL.SA. THE. Training.
In November 2007 I collaborate with Ricerca & Cooperazione (ong-onlus) of Rome I work as Technical Trainer in Development Education in the community project "Without License - for the free circulation of rights" c/o many primary schools, middle schools, provincial superior of Lecce, University of Salento, on behalf of Ricerca & Cooperazione RC / ong-onlus.
From September 2010 to March 2011 I collaborate with "La Famiglia" family counseling center in Lecce, of the following projects: Sociological research project: "An announced crisis: the condition of the Salento family from the post-war period to the present day" - Cassa di Risparmio di Puglia Foundation; Expert Sociologist - coadjutor to the activities of the Consultorio; Cultural project "The Family in the Network" - Foundation for the South.
In December 2010 I worked as a designer at the association SHANDICAP (Superamento Handicap) in Leverano, at the following projects: National planning in social policies; Project idea "A School of Integration - ASDI" - "Aiutare i Bambini" Foundation; National planning in social and cultural policies: Project creation "Ti racconto casa Meraviglia" - Cattolica Foundation; Community and national planning on issues related to social integration, rehabilitation, disabled assistance.
In February 2011 I collaborated as a designer with the association OSSE.FOR - Training Observatory, working on the project "Travels in the Memories of InterCultura" - Ministry of the Interior - EU Fund for Integration of Citizens of Third Countries - 2011 - Action 2.
From September 2009 until May 2010 I was fortunate to collaborate voluntarily with my mentor and Guru Don Giuseppe Colavero and his association AGIMI - Centro Albanese di Terra d'Otranto. With him, I worked as a social educator in assisting unaccompanied foreign minors and activities of socio-cultural mediation, integration and social-labor reintegration, both in the conception of the following national and community projects - Community and national planning in development cooperation - Project creation "A Help for Peace" - Ministry of the Interior - EU Fund for the Integration of Third-Country Citizens - 2011 - Action 1; Community and national planning in development cooperation: Project "Lunch Integration" project - Ministry of the Interior - EU Fund for Integration of Third-Country Citizens - 2011 - Action 5; National planning in development cooperation: Creation of a cultural project “The vegetable garden of young people” - Ministry of Labor and Social Policies - for the presentation of experimental projects; National design in development cooperation: Creation of a cultural project "A Network for AGIMI" - Foundation for the South; Administration of community and national projects, monitoring of the activities of the Center, integrated reception of unaccompanied minors.
From March to June 2011, I worked with Mediterranean Village - onlus - of Lecce, as euro-project manager, on the conception of the following projects: Community planning in the creation of twinning Italy-Albania - EACEA Program "Europe for Citizens" - Action 1 "Active citizens for Europe" - Measure 1.1 - "Meetings between citizens in the context of town twinning": "Scanderberg - filo d'Arianna between Ruffano and Kruje" project idea.
From July to August 2011 I collaborated with AIQF - Italian School of Quality and Training - in Voucher Training Planning - Puglia Region - "Interregional Higher Education Catalog", in the context of the P.O. PUGLIA - F.S.E. 2007/2013 - Convergence Objective, Axis V - Transnationality and Interregionality. In November 2011 I work as a lecturer in Sustainable Development in the Training Course in "We Learn to Cooperate for Development" - Call for Proposals 2011 at "International Institute for Development" & "Salento Voluntary Service Center".
A brief professional parenthesis from September 2011 with Is.For.Me. - Mediterranean Institute of Training and Research, as euro-project manager, in the design of Inter-professional Funds - FONTER, FONDOSERVIZI, FONDOARTIGIANATO.
In 2013 I collaborated with the Social Cooperative "Bon Bosco" of Martano as a lecturer in "Skills Report", within the "Esperanto" project, also funded with Community funds.
From June 2011 I work permanently at the "Emmaus-3" Community of Recovery for Addictions in Otranto, as a social educator.
Finally, since 2012 and three years, I have actively collaborated with several national publishers, such as Cavinato Editore International, Morgan Miller Edizioni, Biblios Editore, as a digital publisher.